First off, we want to apologize for the infrequency of our updates. Communicating with our customers is very important and we want to keep you in the loop as much as possible. So if you ever want to get in touch please send us an email (hi@paloaltoinnovation.com) and we will make sure to get back to you ASAP (less than 1 business day).

We have a lot to update you on, but unfortunately, we have to start with some bad news:

We are estimating a 1-2 month delay for beta and regular units while we get the hardware and software to a better spot before shipping. We don’t have a firm timeline at the moment because so much is up in the air, but here is the new rough timeline:

Please continue reading below to find out before asking questions or coming at us with pitchforks! 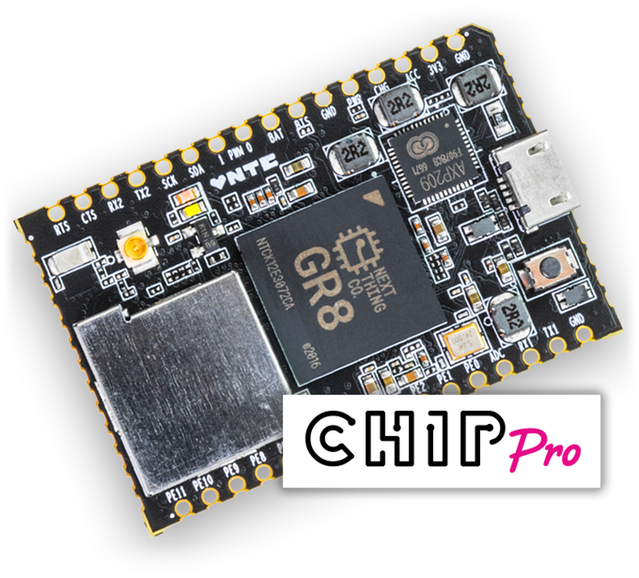 In a previous update, we went through what happened to the Chip Pro, the product that we were planning on putting into the Doppler and the company that produced it, Next Thing Co. If you didn’t read the update or want the quick version: The Chip Pro was the "brain" of the Doppler and ran our entire product. Sadly, we can’t use the Chip Pro and we had to find a replacement brain for the Doppler.

The Chip Pro was an inexpensive, powerful, full-featured Linux computer that you could place directly onto your product’s circuit board even at production volumes. After we learned about the fate of the Chip Pro we spent the next couple weeks researching options and found upwards of 80 different potential suitors. Most of these options wouldn’t work for a myriad of different reasons... Some were too expensive with our production volumes (the Chip Pro was $16) , others didn’t have great support, others didn’t run mainline Linux, and a lot were missing the I2S sound protocol we needed for the Digital Signal Processor (DSP) we are using on our microphones. If you’re curious about why we didn’t go with a particular solution you’re familiar with, feel free to ask.

We narrowed it down to the top 10 most likely candidates and then went down all 10 of those paths simultaneously and slowly eliminated them one by one. To give you an example of one path: we looked at and researched what it would take to make our own Chip Pro using the open source designs that we had. Eventually, after some work by our sourcing people overseas, we discovered it wasn’t an option because we couldn’t get the main processor that the Chip Pro was built around. The supplier (Allwinner) wouldn’t sell it to us due to an agreement they had signed with Next Thing Co. We even took a casual look at buying Next Thing Co. to get access to these parts. The different options we looked at for replacing the Chip Pro varied. SoMs (System on Modules like the Chip Pro), SoCs (System on Chips, where we would build our own computer directly onto the Doppler board), SBCs (Single Board Computers), microcontrollers, and a bunch of additional options. 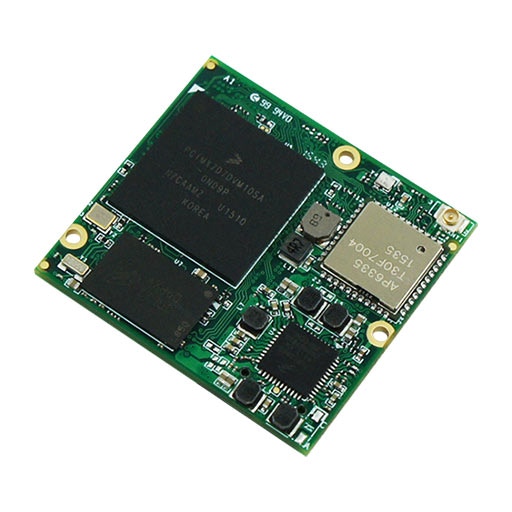 In the end, we decided to go in a different direction and with a different vendor entirely; the TechNexion PicoSoM. It’s a small Linux computer on its own small circuit board with a processor made by a company called NXP. This SoM (System on Module) would plug directly into the Doppler circuit board similar to how the Chip Pro did. One of the things we really liked about the PicoSoM is there is a 12 year availability guarantee with this part from TechNexion (who have been around since 2001) and they will handle all of the sourcing of the other components (flash, RAM, wireless, etc) on the board that we might have trouble sourcing ourselves. Another advantage of TechNexion is that they build their own boards in-house and control a lot of the operations themselves in their Taiwan factory. Because of this, they control a lot of the supply chain and are a great partner to have and work with. You can check out a tour of their factory here. It’s pretty impressive stuff! All of these coupled with the fact that the PicoSoM is being shipped worldwide gave us confidence in the solution and we are happy to have found a great partner and product. TechNexion has been great to work with so far and we are looking forward to working with them more in the future.

Here are some screenshots from the video if you're curious, but we highly recommend you check it out!: 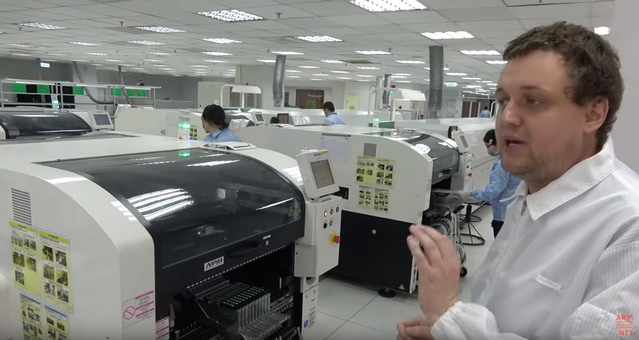 A pick and place. Video by Charbax 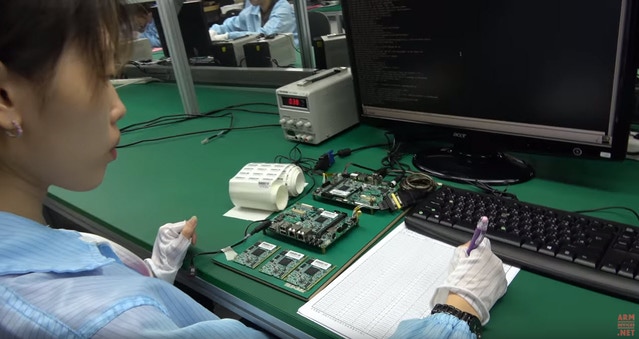 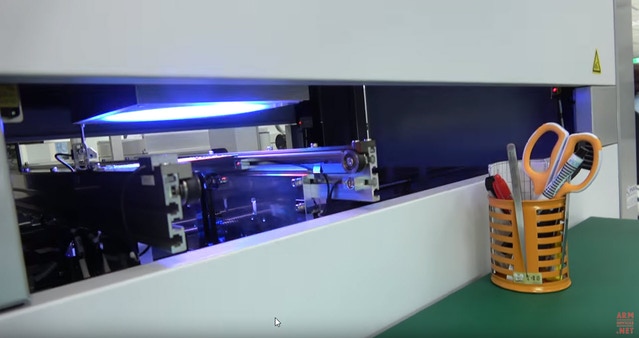 What did we have to do to qualify the PicoSoM for the Doppler? To start the PicoSoM has a slightly different form factor than the Chip Pro so we had to figure out a way to make the PicoSoM fit inside the product without altering the tooling we'd already made. Since the PicoSoM is much more customizable than the Chip Pro a lot of the drivers aren’t as ready to go like they were with the Chip Pro. We had to review the protocols and features of the PicoSoM (Wifi, Bluetooth, BLE, I2S. etc) and make sure they all worked and were configured properly. Then we had to get all of the proper software drivers for all of the components and other devices we are using to work with the PicoSoM. One of the advantages of the Chip Pro was much of this was already done for us because the product was geared towards smaller startup-style companies with minimal customizations. The TechNexion PicoSoM is much more configurable allowing us to customize every little thing on the device, it even supports multiple different operating systems! The PicoSoM has open carrier board specifications, design guides, and schematics similar to the Chip Pro as well. Qualifying all of these different solutions has taken a lot of time and we still have a couple more hurdles to go with the PicoSoM, but we're confident we can make it work for production! Even though TechNexion works with huge companies like Google, they have been a great partner and we truly appreciate the help they have provided.

Another issue we've faced is that some suppliers don’t take us seriously and thus communication is very slow. This has been a problem for us since we started Palo Alto Innovation and hopefully as we grow in size and ship more and more products, this will become less of an issue. One of the things we have done to help accelerate things is to partner with Future Electronics, one of the largest electronics suppliers in the world, to help get us answers faster. Future has been invaluable in getting us noticed and getting our questions answered faster from larger companies that usually wouldn’t want to talk to a small fish in a big pond like us.

So, where are we now?

We have gone through the PicoSoM in detail and have tested them extensively with a development board and are now working on a Doppler board design that uses a PicoSoM instead of a Chip Pro. This new prototype board will head out to be manufactured next week and then we can start building up PicoSoM powered Dopplers shortly after that. We anticipate one more board revision will be needed and once we verify everything is working properly we can start the production of the beta units.

Thanks again for your patience, we are working as fast as we can!

So what have we been working on in the meantime?

In between evaluating different boards and options, we have been working hard on the Doppler’s functionality. Way back in October we actually had mentioned an internal tool we developed called the Doppalator. The Doppalator is a Doppler emulator that we developed internally to help us in development of the product; it mimics the display, microphones, speakers, and buttons of the Doppler using a very simple UI we mocked up and our computer’s internal speakers and microphone. Since we are developing our software mostly on Linux computers and the Doppler also runs Linux it is much easier to compile and build new code on our computers and then push the changes over to the Doppler hardware. Having the Doppalator has allowed us to continue development of the Doppler during the Chip Pro debacle.

So, what have we gotten done?

We have been working on the internal database for the alarms and linking this database up to Alexa so you’ll be able to see and control your Alexa alarms from one spot. We have gotten the buttons communicating to control the alarm, colors, brightness, etc. With the collaboration of our app developer, Zemingo, we have worked on getting BLE (Bluetooth Low Energy) working with an app in order to communicate between the Doppler and phone. All of this is very low-level functionality - basically getting everything working so that we can get these units out to you as soon as possible. 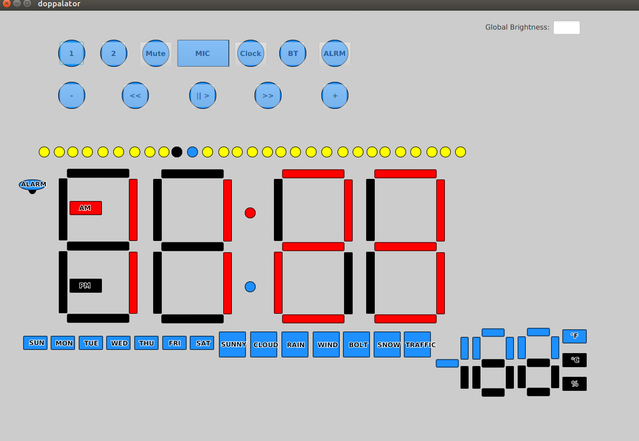 The Doppalator, it's not the prettiest thing in the world. But it works!

Now, this being said, we are not happy with how long the development of the Doppler software is taking, so we are looking to hire another developer to grow our team and speed up development of the Doppler, future Doppler updates, as well as future PAI (Palo Alto Innovation) products. Here is the job posting if you know anyone who might be interested in joining the team.

Originally, we had hoped that we wouldn’t have much if any slow down in the timeline due to finding the replacement for the Chip Pro. But sadly, it looks like we were wrong about that due to the time and extra effort required to get a new solution up and running especially with all the extra software development required. Our team is small and we had hoped the solution we ended up with would be closer to plug and play than it is. The same engineers that we had hoped would be writing code for the product ended up spending a lot of their time researching Chip Pro replacement options which further slowed us down.

Sorry again for the delay and thanks so much for your patience, trust, and loyalty. It really does mean a lot! Now, bring on the questions, we're ready!

Next update we will show you the PicoSoM Doppler board and the latest updates to the mechanical parts, it should be a good one!